Allow Me to Introduce Myself

So I stole this idea from my sister-in-law, Jenna, who has also been blogging through this journey we are on. She recently wrote a post titled "ALL ABOUT ME" and shared with her readers, well... all about her! I realize many of you who have been reading and following along have either jumped over from MY MOM'S BLOG, from KELLY'S KORNER, maybe you accidentally found me through a Google search, and then there are those who do know me in "real life," but maybe you've never heard my story from beginning to now. So that's what I'm venturing to do today! So here we go...

Hello, my name is Jordan. 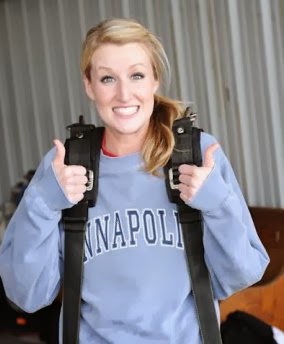 Quick fact: I am a thrill seeker just like my momma.
This picture is from my first sky diving jump!

I was born in Texas, and lived there until we moved to Arkansas when I was 8 years old - which is where I claim "home."

Here's a couple pictures of "little me" from the early years... 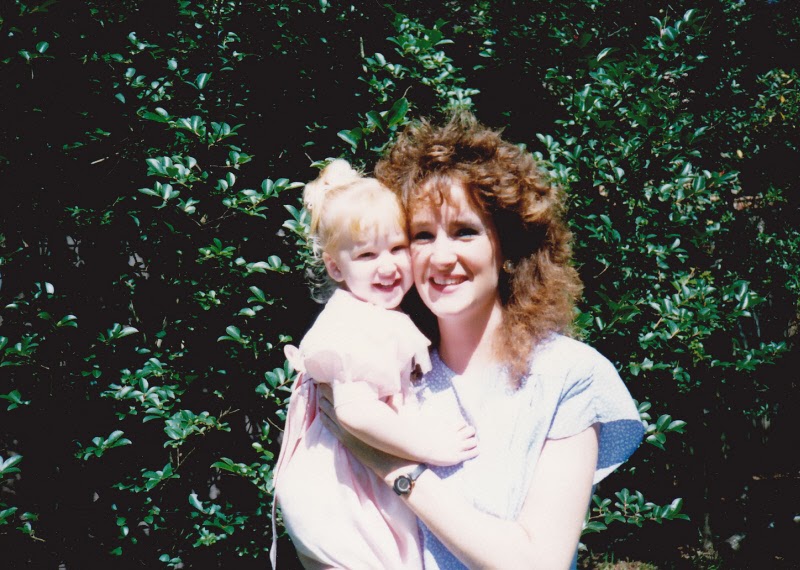 Me and my beautiful mom! 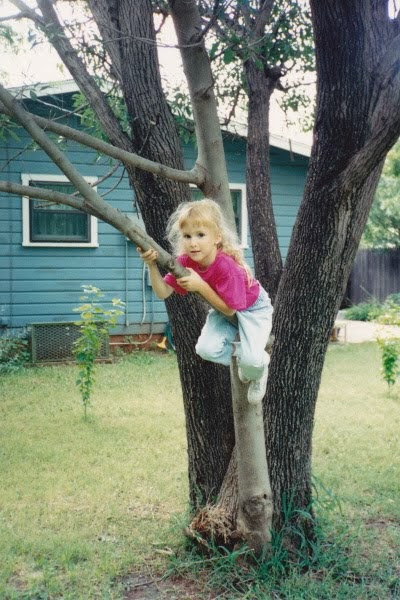 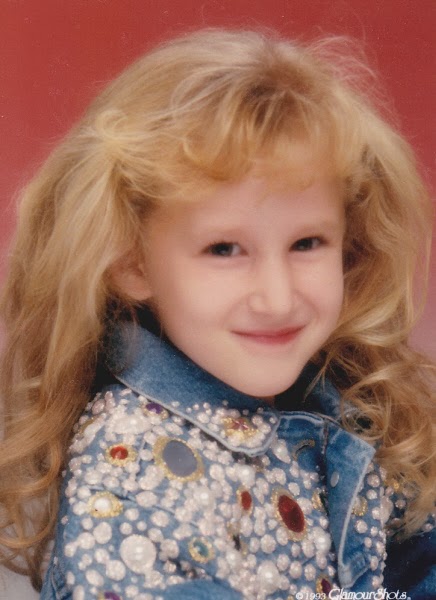 Couldn't resist posting the glamour shot!
I thought I was so cool in that bedazzled jean jacket.

My dad died of AIDS when I was just 5 years old in 1993. This has always been part of my testimony and has never been very difficult for me to say because I was so young when it happened. I've never known any different. And really, my only memories come from home videos. But he was a great dad! 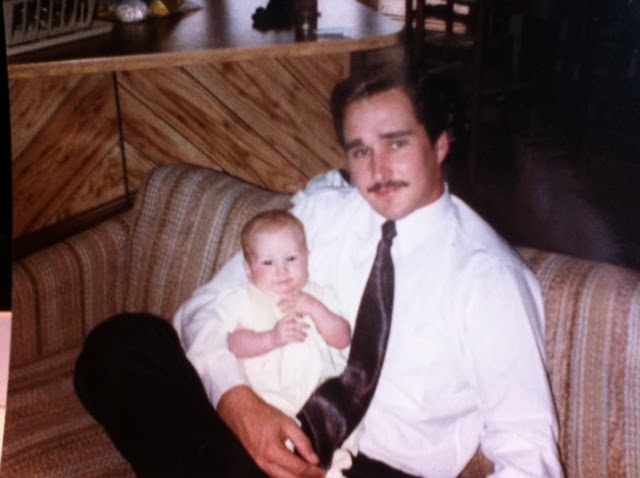 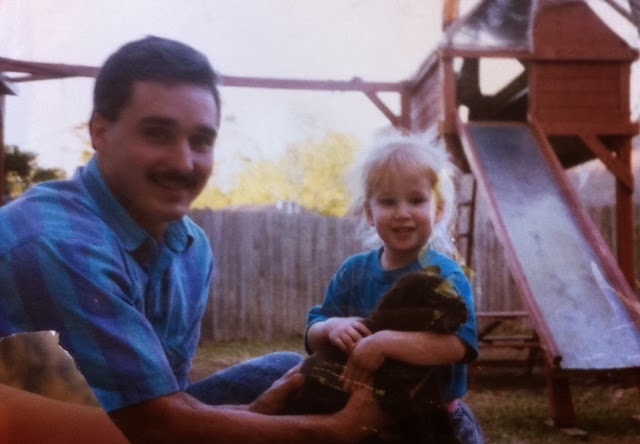 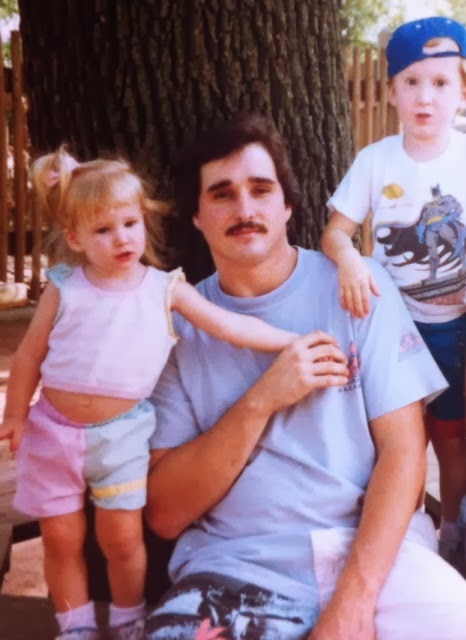 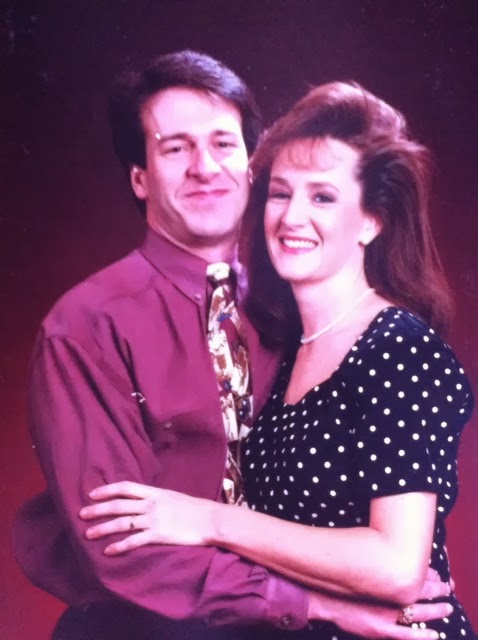 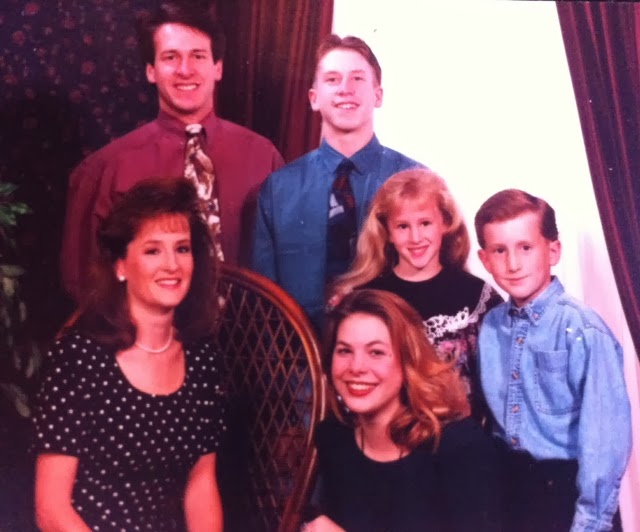 I also gained two awesome step-siblings! Here was our family in 1994:
Mom, Tony, Chris, me, Bryan and Alesha 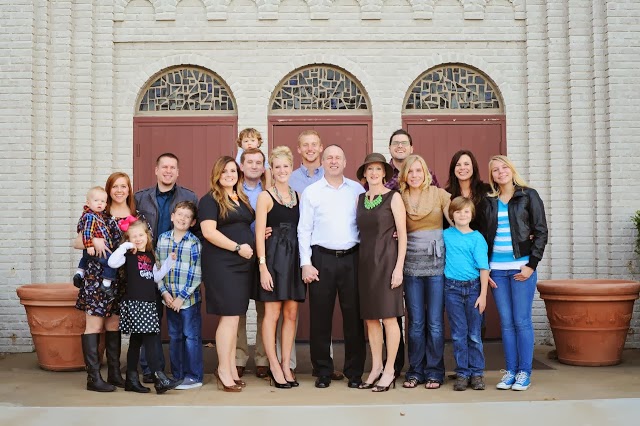 I couldn't imagine anyone better to step in and raise me. Tony has been such a rock for our family, and he is always giving, giving, giving of himself to provide for us and take care of us. To me, when I say "Tony" it's just like saying "Dad" because he has filled that role for me so perfectly. 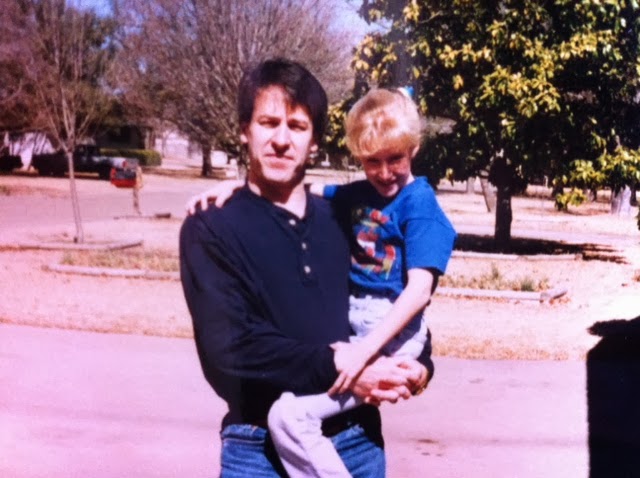 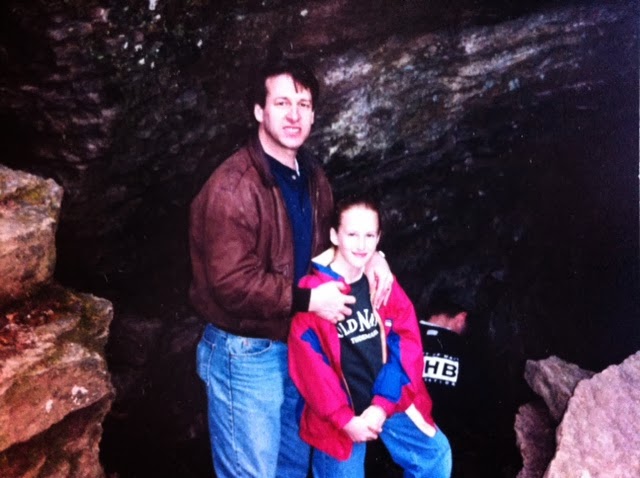 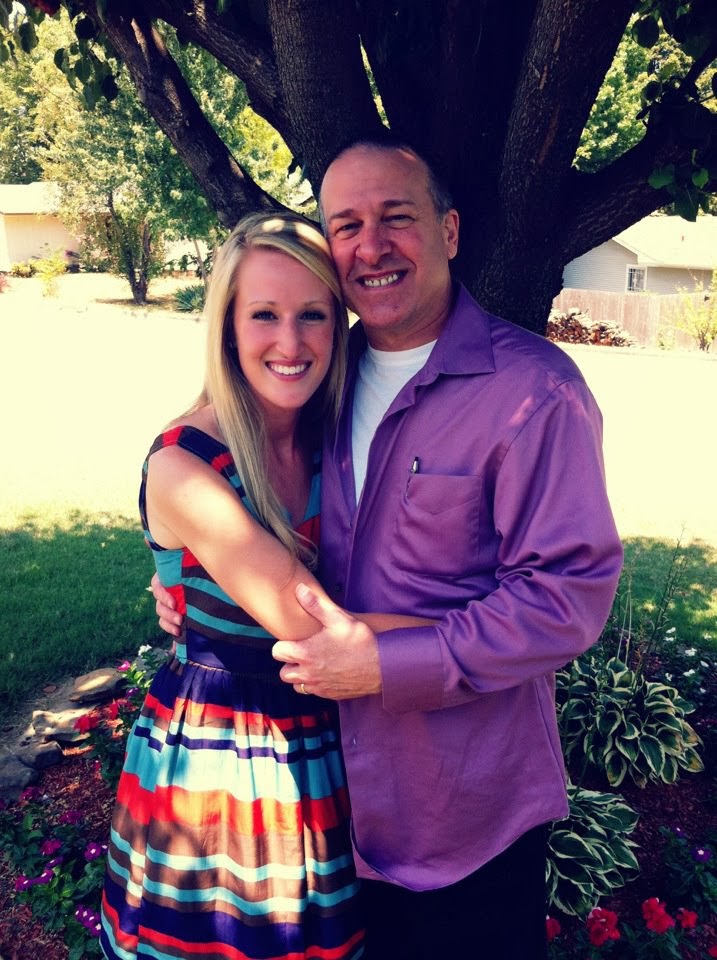 I love you, Tony!

I committed my life to the Lord when I was 12 years old on November 15, 2000. I remember it like it was yesterday. I had been struggling with doubt about my salvation, basing it on a decision I had made when I was 7 years old - realizing I really had no idea what I was doing at the time. It was a Wednesday night, and I remember so vividly talking to my parents about it and praying with them, nailing down this very important decision. That was the most important day of my life. I acknowledged Jesus Christ as my Lord and Savior. I have done nothing good to earn my salvation. It is only by His sacrifice and His grace that I can call myself a child of the one true God. If you have no idea what I'm talking about, I would love to share more with you! Just shoot me an email sometime at jordan@fbcbentonville.org

I went to college at the University of Central Arkansas and graduated in 2010 with a bachelor's degree in Family and Consumer Science (as I've mentioned before, this is just a fancy way of saying Home Economics or my "MRS degree"). I now have an incredible job working in student ministry at First Baptist Church in Bentonville, Arkansas. Our ministry is called Studio 412 (taken from 1 Timothy 4:12), and my official title is "Youth Girl's Associate" - I work with 7th - 12th grade girls planning events and investing in teenage girls' lives - it really is the best job! Here's a picture of our youth group at camp last summer... 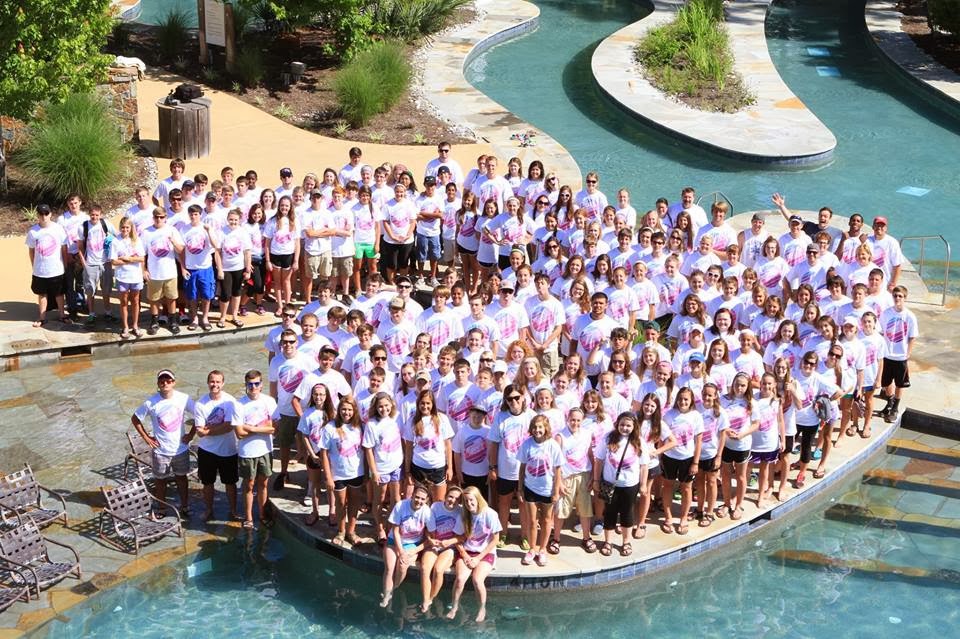 He was one of our interns in 2011, and yes, that would make me his boss for the summer. I knew the moment I saw him that I was going to have to guard myself. I had already heard so many great things about him leading up to the day we finally met in person. His older sister was one of my close friends in college, and I had heard her brag about him quite a bit - but never thought anything of it because she was talking about her younger brother. Then the day came that I was working at Studio 412 looking for summer interns, and the guy who recommended David spoke very highly of him. Before ever seeing David in person, he already had a grand reputation that preceded him. So when this tall, handsome blonde guy walked into our youth building... I knew I was in trouble.

Long story short, I kept my distance from him while we worked together. But as summer came to a close, I began to let loose a little bit. I couldn't contain this girly, flirty side of me any longer. And then I caught wind that.... David was also interested in me! He moved back to school and began calling and texting and pursued a relationship with me. We dated long distance for 7 months. He came back and interned again the summer of 2012 - so imagine that situation! I'm his boss again, but this time we are dating! Ha! He proposed on August 6th as soon as the summer was over, and we were married a short 3 months later on November 3, 2012. 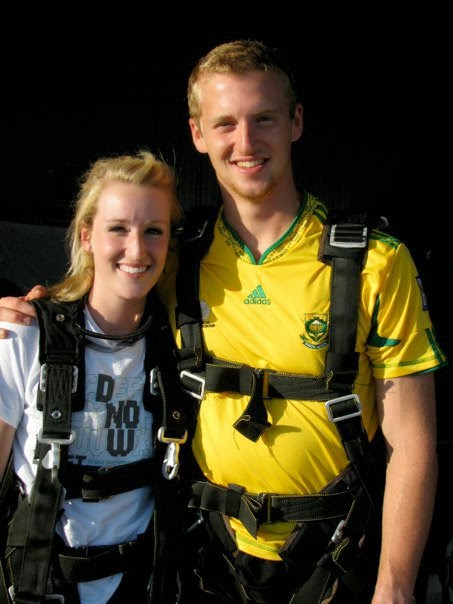 At the end of his first summer, we went sky diving!
(this was my second jump - his first jump) 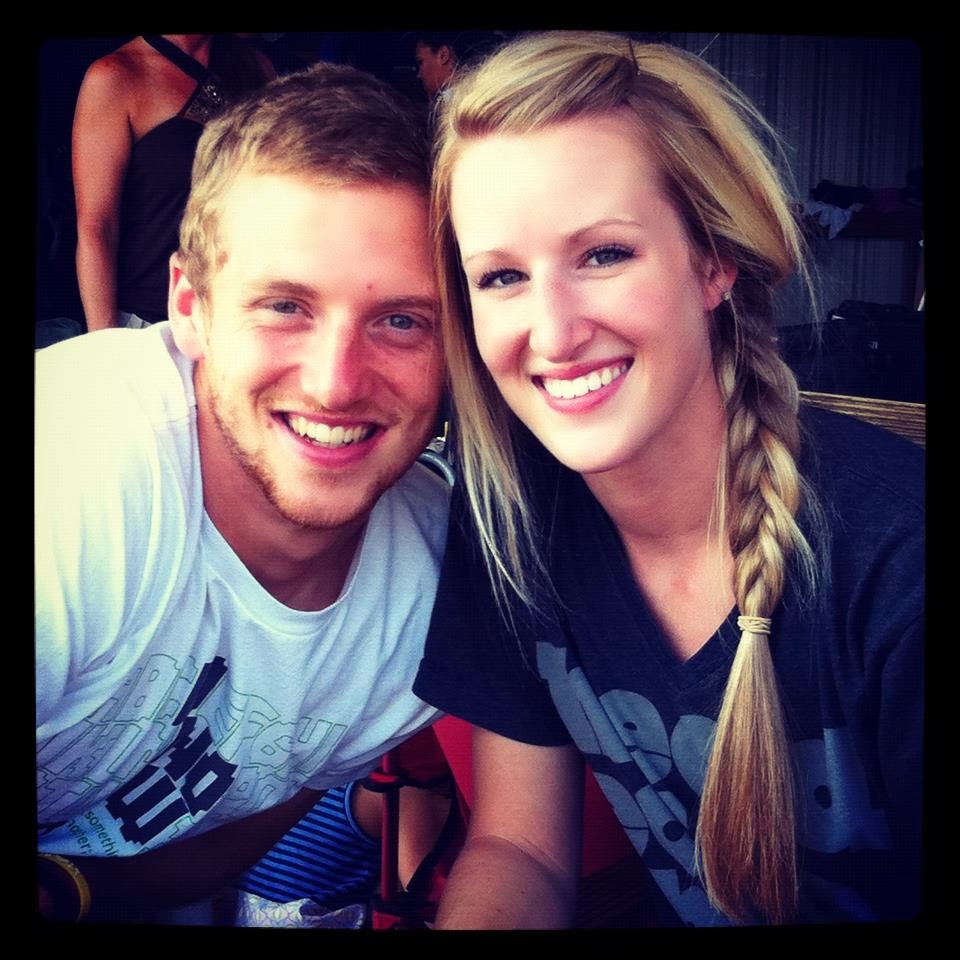 I might as well throw in a picture from my third jump
(I'm only slightly addicted), and this was his second. 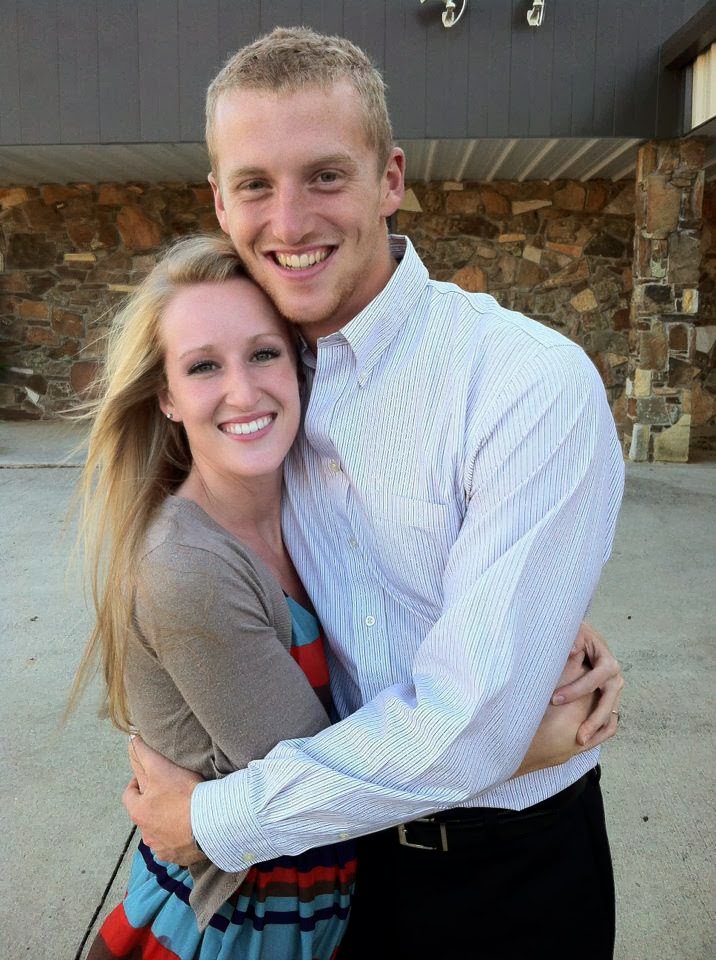 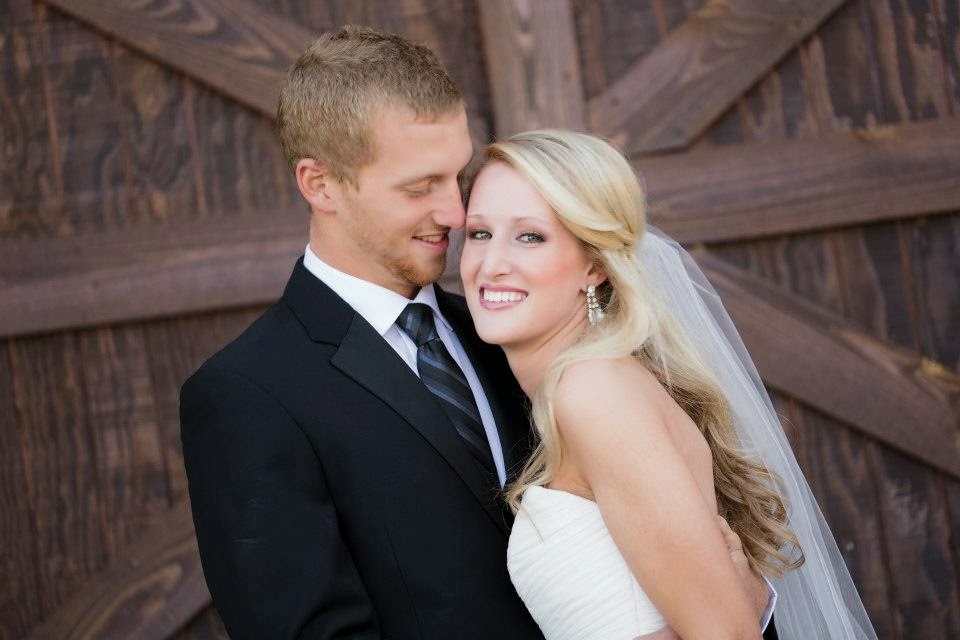 He is my dream come true, the love of my life and my best friend!

My mom was diagnosed with ovarian cancer in February of 2012. She fought a hard battle, and she fought it well - never skipping a moment to speak of God's goodness and faithfulness.

And now for the most recent part of my story...

My mom died on December 26, 2013. Those words feel like someone else's vomit coming right out of my own mouth. I will not apologize for the graphic nature of that last sentence. That's exactly how I feel. It is the most repulsive thing that I will ever say, and it is part of my story now.

She has only been gone for 4 weeks now. The first couple of weeks almost seemed too easy. I had moments where I felt like, "I think I can handle this." But I realize now that those first couple of weeks I was living in a state of relief. I was relieved to know that my mom was no longer sick, no longer suffering, no longer fighting this battle of what food sounded good and trying to choke it down, no longer feeling nauseous, no longer in any pain. I've been so relieved and so thankful to know she is finally seeing Jesus face-to-face.

Don't get me wrong, I am still relieved and still thankful for all those things. I would still never ask her to come back to this broken world. But now, I am becoming more and more overwhelmed with the fact that my mom is gone. There are moments when my body feels like it could literally collapse from missing her so deeply. I've had some of my ugliest moments these past couple of days. The silliest things put me over the edge. My emotions are so fragile. Sometimes I feel like I'm going insane. Sometimes I feel like I can't breathe.

This is where I am today. It's been a long journey, and it's been filled with some twists and turns I have never expected. But through it all I can still say that God is good, and I trust Him with every ounce of my being.

So, for those of you who have never met me...

This is me, and this is my story.

"This is the day the Lord has made, I will rejoice and be glad in it."
Posted by Jordan Street at 2:19 PM