Managing with One Arm

Wow, it's been entirely too long since I have sat down and blogged. Life just gets busy and time goes by faster than you realize! I guess you could say this is a "busy season" for us. We have something going on every evening Sunday through Thursday, and then the weekend is, well... the weekend! Hence why I haven't found time to sit down and do a little writing. I don't really even know where to begin!

Work has been going well. We are moving into our busiest time of year... Summer! We've got all kinds of events coming up and trips to plan, interns to prepare for, "my country's 500th anniversary to plan, my wedding to arrange, my wife to murder and Guilder to frame for it. I'm swamped." (1,000 points if you can name that classic movie!) But really, lot's of stuff going on!

So since I wrote my last post, I think a lot of people have been afraid to ask me how I'm doing... which wasn't my intention at all! I don't mind being asked that question. I just don't like that question when it's used in passing and you don't have time to hear how the other person is actually doing. I hope that makes sense! And I'm even trying to break myself of the habit of tossing it out without thinking. It's a hard habit to break!

I'm going to go ahead and answer that question here, mainly for myself so I can someday look back on this journey and remember things, but also for those of you who care about me :)

So, how am I? Okay, so this is a hard question to answer. It's strange when you have to think so hard about how you're doing... And I think the reason it's so hard is because I think I'm in a transitional period. I think I'm between "not okay" and "starting to become okay." Which is a really strange place to be. Oy, notice how many times I say "I think"..... I'm so unsure of how I'm doing!

But here is what I can relate it to. When my mom was in the midst of this long battle with cancer, the first year of her fight was "a breeze." What do I mean by that? That first year, it was so easy to answer the question, "How's your mom doing?" My response was always something along the lines of, "She's good! She feels good. She looks good. Not really having a lot of side effects from the chemo. Honestly, if you didn't know she has cancer and if she wasn't bald, you wouldn't know there was anything wrong. She's doing great!" But then as we entered into the second year of the fight, things slowly started to change. The doctors were switching her chemo around, trying all different avenues which all had different effects on her body, and I remember there came a day when someone asked me, "How's your mom doing?" And for the first time, I had to really stop and think about that question, and I realized.... "Um, she's actually not doing very well right now." I remember one of the first times I answered that question differently than the usual, "She's good." David and I were over at our friends' house, and I was sitting in the kitchen with Natasha. It was so strange to have to really think about my response before answering.

The following paragraph took me about 20 minutes to write. I'm sitting here at my kitchen table doing some major soul-searching, looking out the window, racking my brain about how on earth to answer this question...

And now, I find myself in sort of the same kind of situation. When asked, "How are you doing?" I have to really think about my response. Because for so long I haven't been "good." I haven't been "okay." For the past year, as I watched my mom's health decline and as I watched her enter into eternity, if I'm being completely honest, I've been angry. I've been bitter. I've been sad. Just completely sad. And now... yes those emotions still linger. I can still taste all those emotions. (pause for a few minutes) But I think things are starting to change. (pause for what seems like forever) Even as I typed that last sentence - "things are starting to change" - there is a tiny sense of guilt, no, not guilt... (pause for...however long) but something that feels like I shouldn't be allowed to start feeling "okay" or "good" again. Which I know is a total lie from the enemy. But I don't think you understand what I'm saying unless you've also walked this same road. Unless you had the relationship I had with my mom. It seems so wrong that a day could come when I could say that I'm "okay" without her here. Because the fact is, I don't think it will ever be "okay" that she isn't here. I will always want her. I will always miss her...(paaaaauuuuse)...

Okay, I think I'm getting somewhere. I think life is moving towards "manageable." I think I'm getting to the point where daily life is becoming somewhat "normal." But a completely new and different and gross sense of normal. I never wanted a "normal" without my mom. But these are the cards I've been dealt. And I can choose to cling to the reality of my past or the reality of my today. As much as I want to cling to the past, I know it won't do me any good. I've got to move forward. She would want me to move forward.

I think I can say that I am doing better,
and daily life is becoming more manageable.

But man, I miss her like crazy. More than words could ever, ever say. The grief and the sorrow hit me in waves now. In fact, I almost collapsed on the floor last night. Losing someone is like losing a limb. I feel like I've lost an arm. Not a day goes by that I don't notice my missing arm. In fact, it becomes more and more apparent and more real everyday that it's gone. But each day, I learn how to manage and get along a little better than the day before. The routine of daily life gets a little more manageable. I learn how to tie my shoes and drive my car. But there are days and events that come when I realize, "I really need both my arms for this." And it's those times that hurt the most. They don't come everyday, but when they come, it hurts. It causes my existing arm to become stronger, though that's not even what I really want. What I really want is just to have both arms back. I also realize that I will never be the same again. No matter how much I want to be the same or others want me to be the same, it's impossible. Everything I do is done differently now. I think twice about things that I never noticed before. I view the world through a different light. Not a bad light, just a different one. I will never be the same "Jordan" I once was. I will never have two arms again. But I will continue to learn how to manage with my one arm, and how to manage and live well.

Last Tuesday I took a deep breath as I walked back into my workplace into a newly decorated office which kicked my day off to a great start! The physical change brought a sense of newness and I feel has given me a fresh start. A new beginning. My dear friend Maegan (who I've talked about before) tackled the project, and it looks amazing! Another sweet friend, Ashely, painted the verse on my wall - one of my favorite details!

There were so many people who sent me texts saying they were praying for me and asking how my day was going. I really felt the Lord's favor and grace all over me through the love and care from the people around me. It was such a blessing!

However, Thursday morning started out a little differently. It was just one of those days where my mind was not in a good place. I was spiraling downhill quickly and couldn't get myself back up. As I pulled up to the office, I sat in my car for about 10 minutes trying to talk myself into walking inside. I finally pulled myself together and went in. It only took about 3 minutes, though, before I cracked and burst into tears as I talked with Dawn (our new assistant - who is really great by the way!) and another dear friend Kristy. It was a moment when really all I wanted was to be able to talk to my mom. I wanted to hear her voice. I wanted her advice. I wanted to feel her arms around me. I just needed my mom. But I am so thankful for the opportunity and for the conversation I was able to have with these two dear ladies. It was a beautiful moment of openness and fellowship that isn't often shared among believers. We held hands and they prayed over me, and in those moments of sharing and tears and prayer, the Lord brought a little bit of healing to my heart. He turned my "bad day" into a good one. He gave me the mercy and the grace I so desperately needed in the very moment I needed it.

So I would have to say that Week 1 back at work was a very good week! And so far, Week 2 has started off on the up side as well!

Thank you for all the prayers and encouragement that were sent my way!

"This is the day the Lord has made, I will rejoice and be glad in it."
Posted by Jordan Street at 6:12 PM 5 comments: 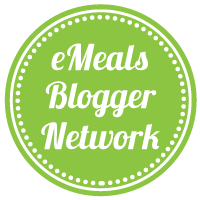